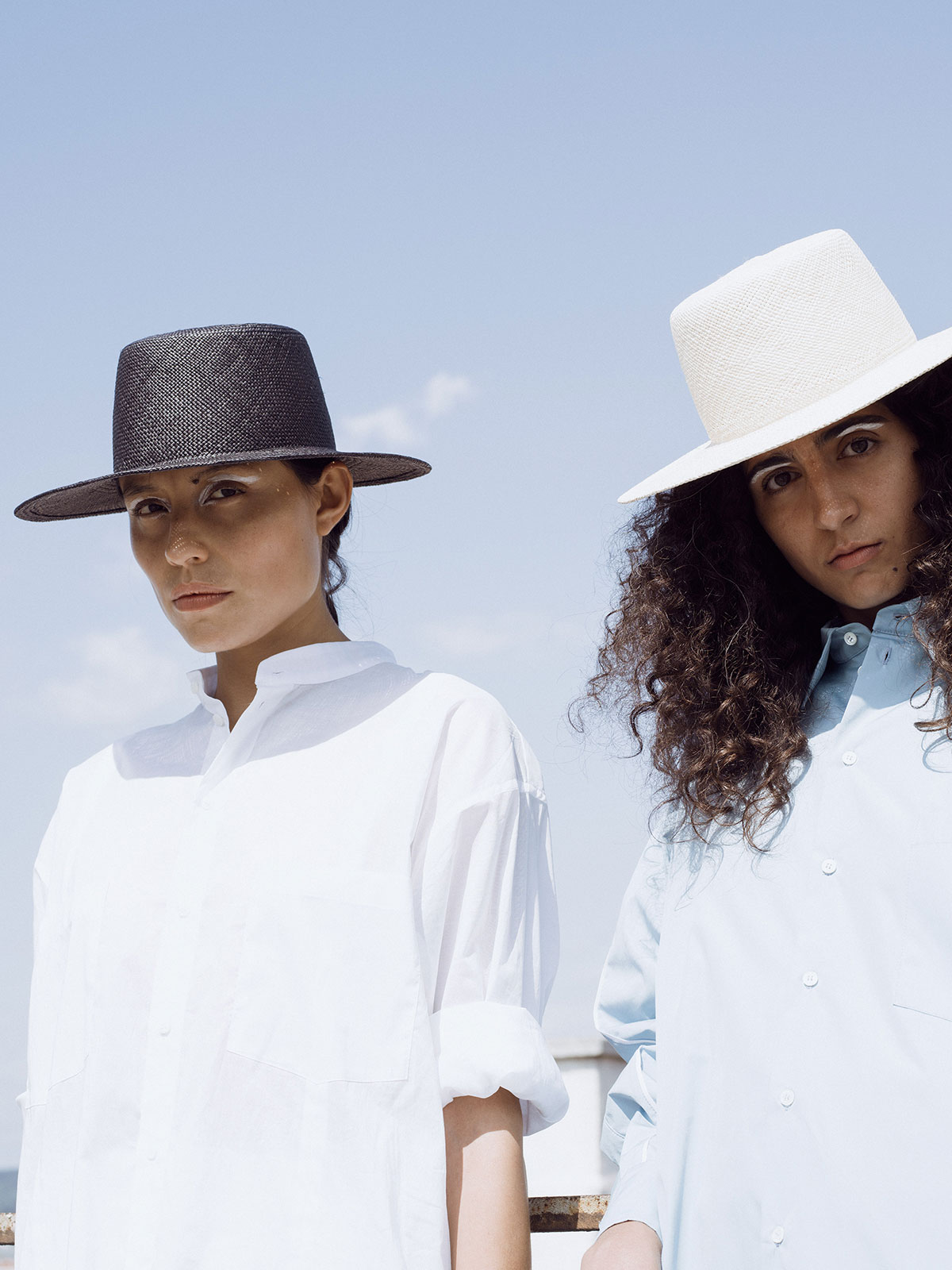 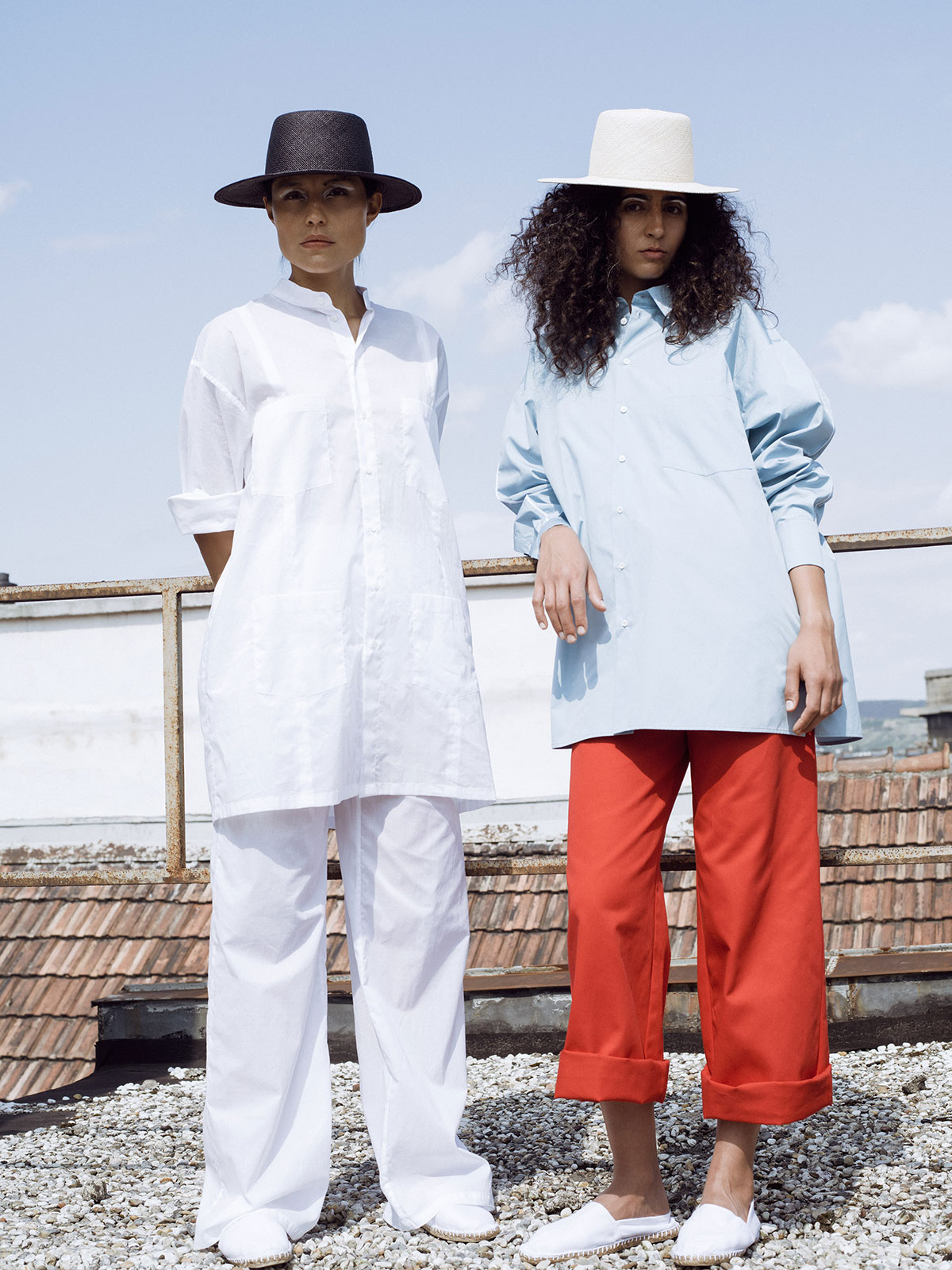 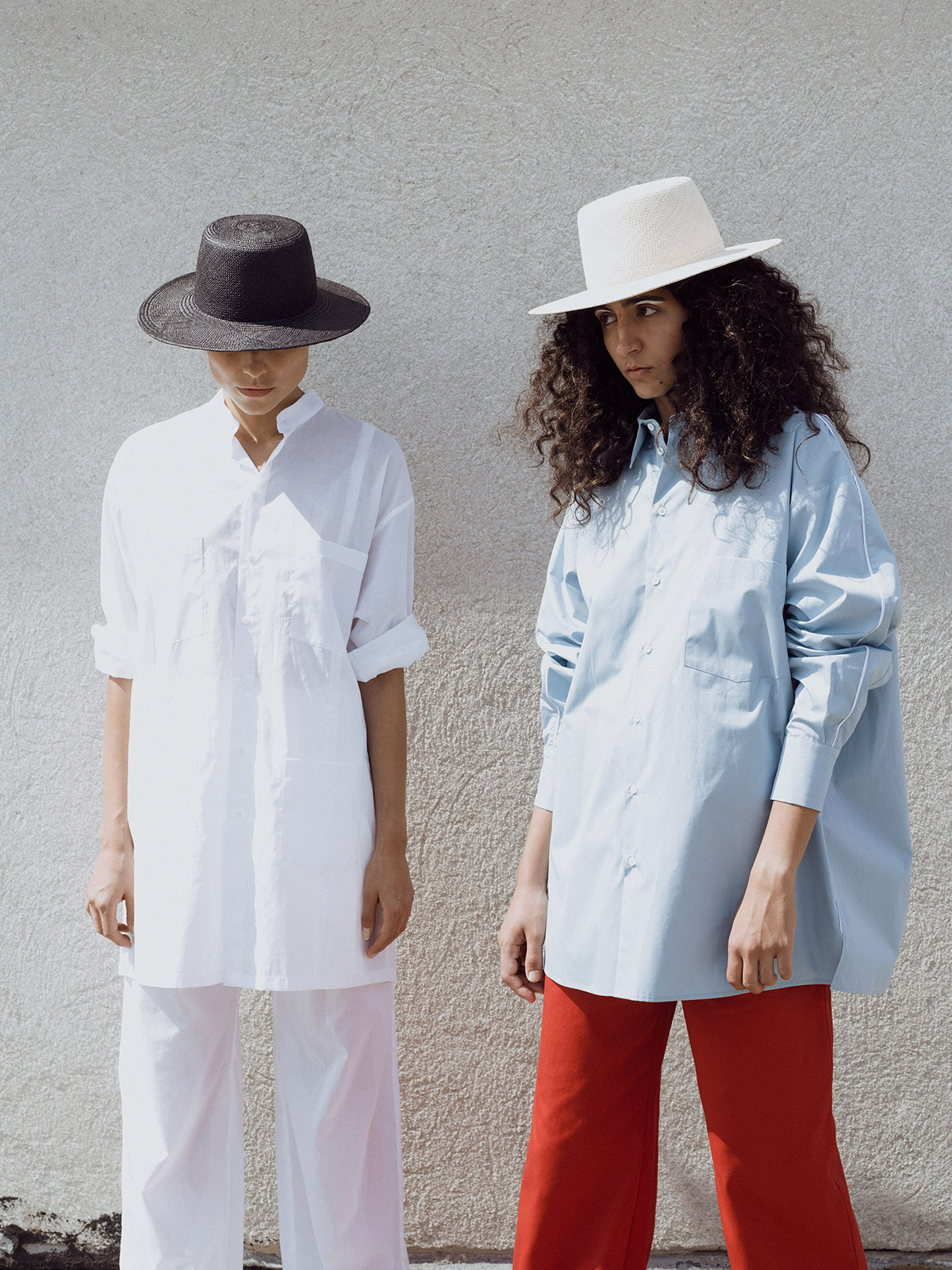 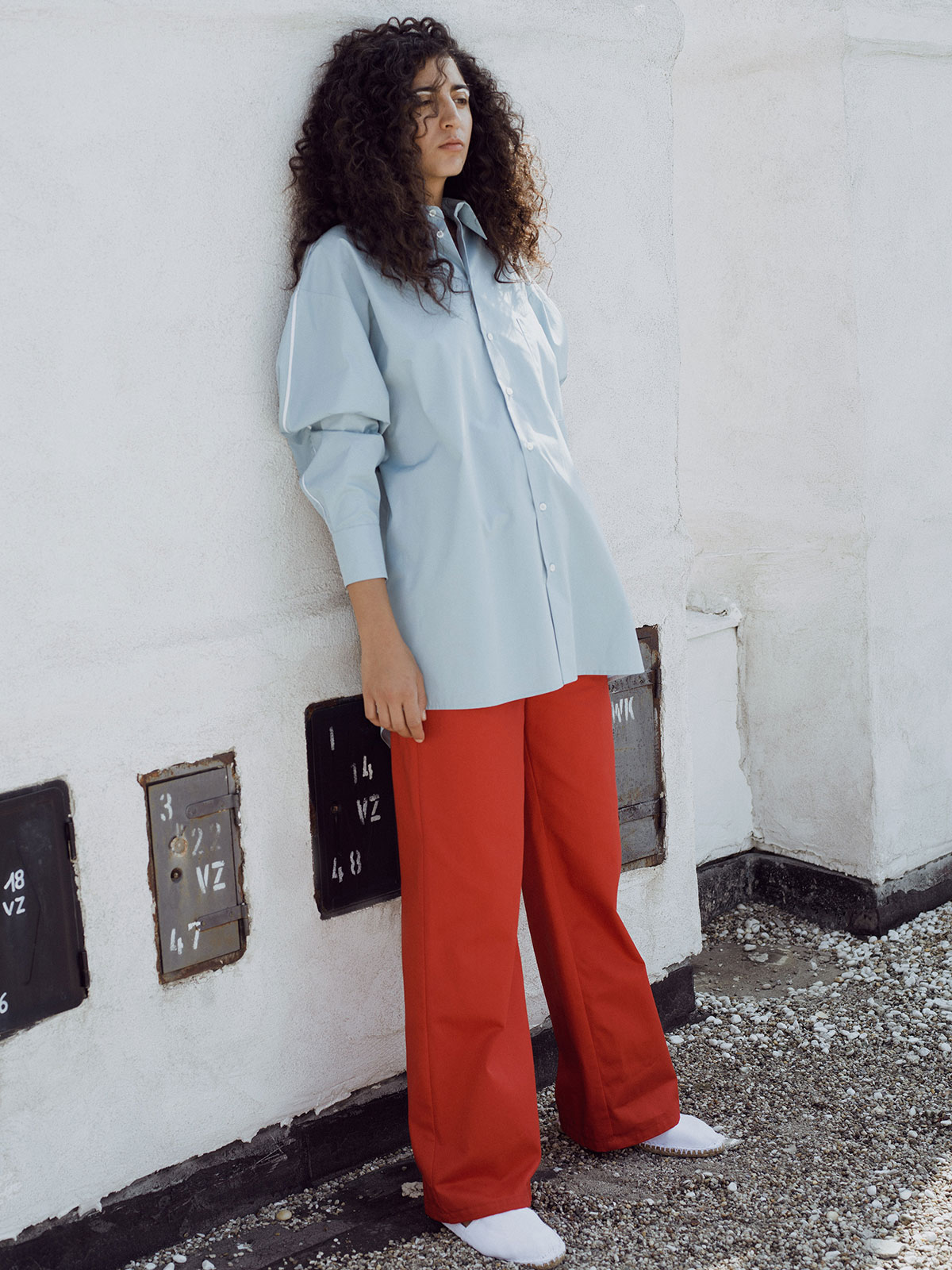 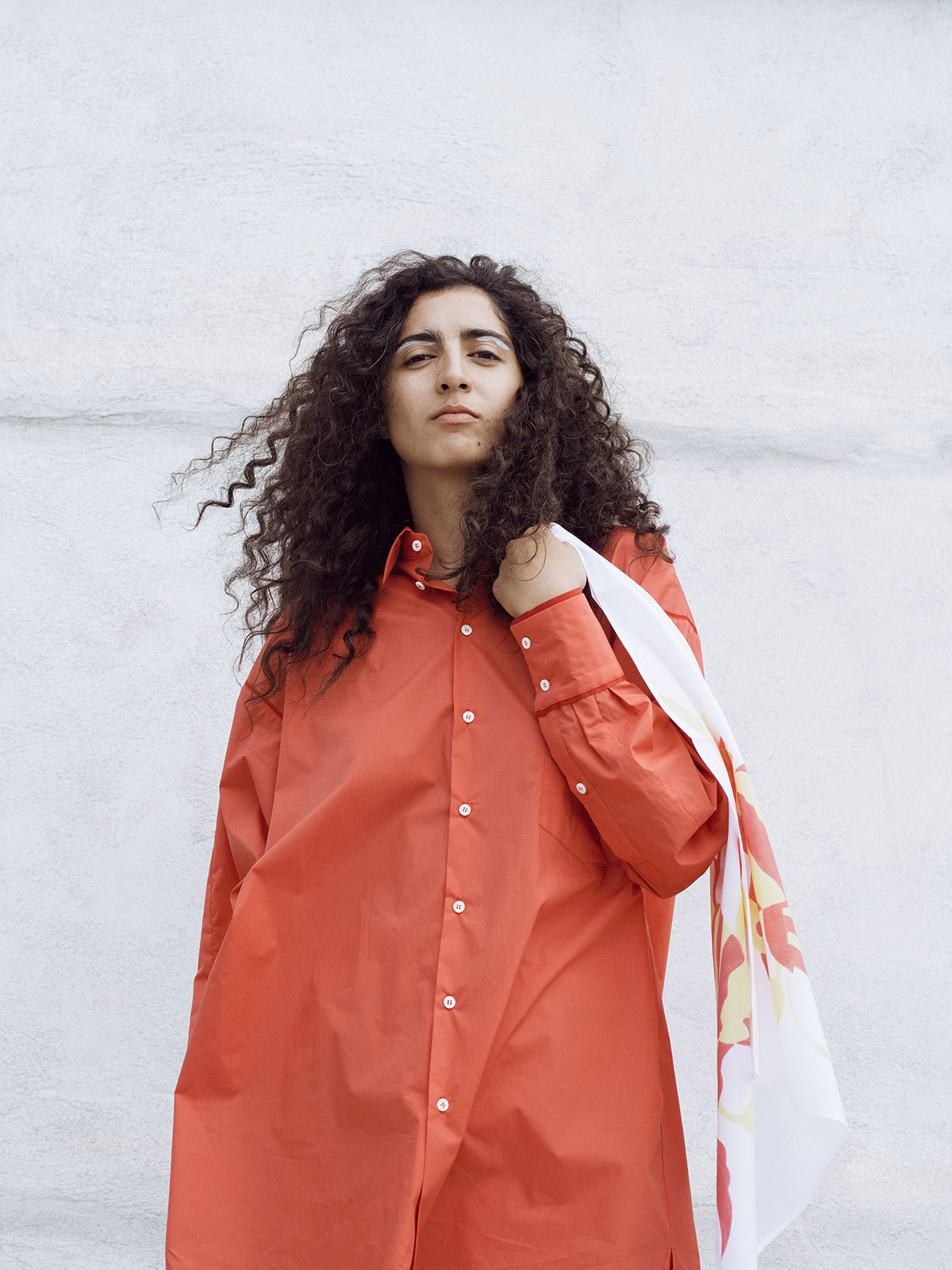 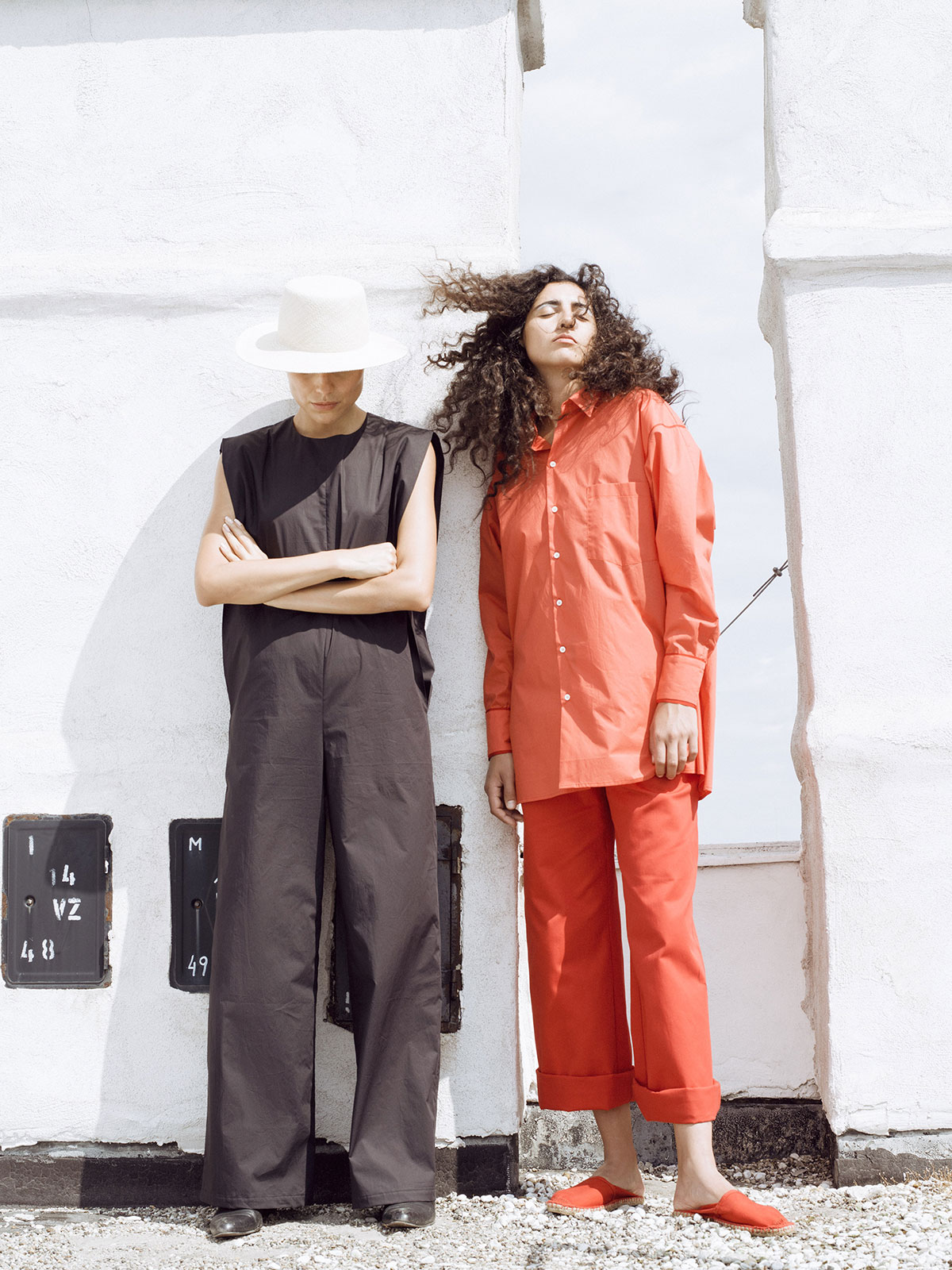 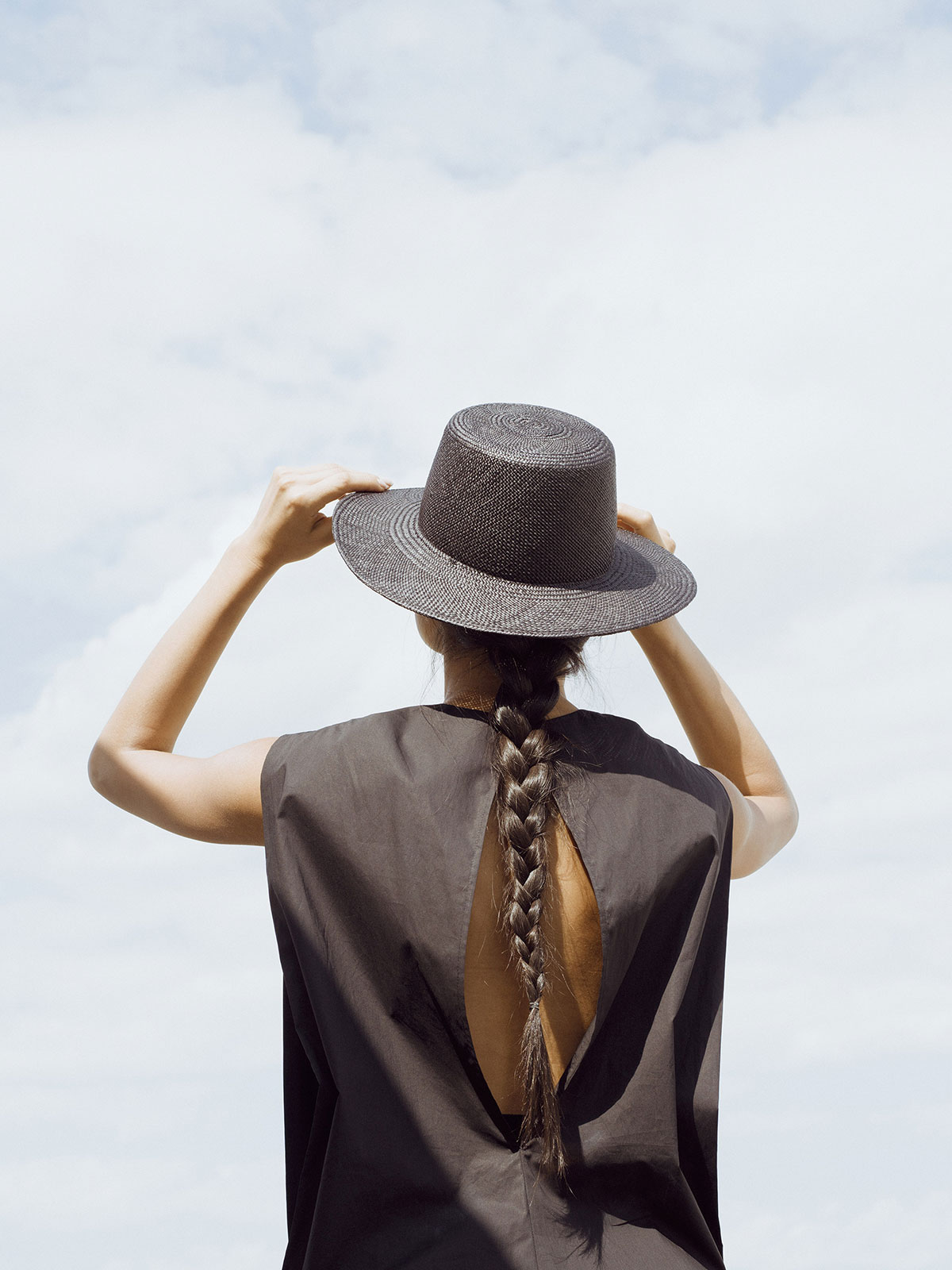 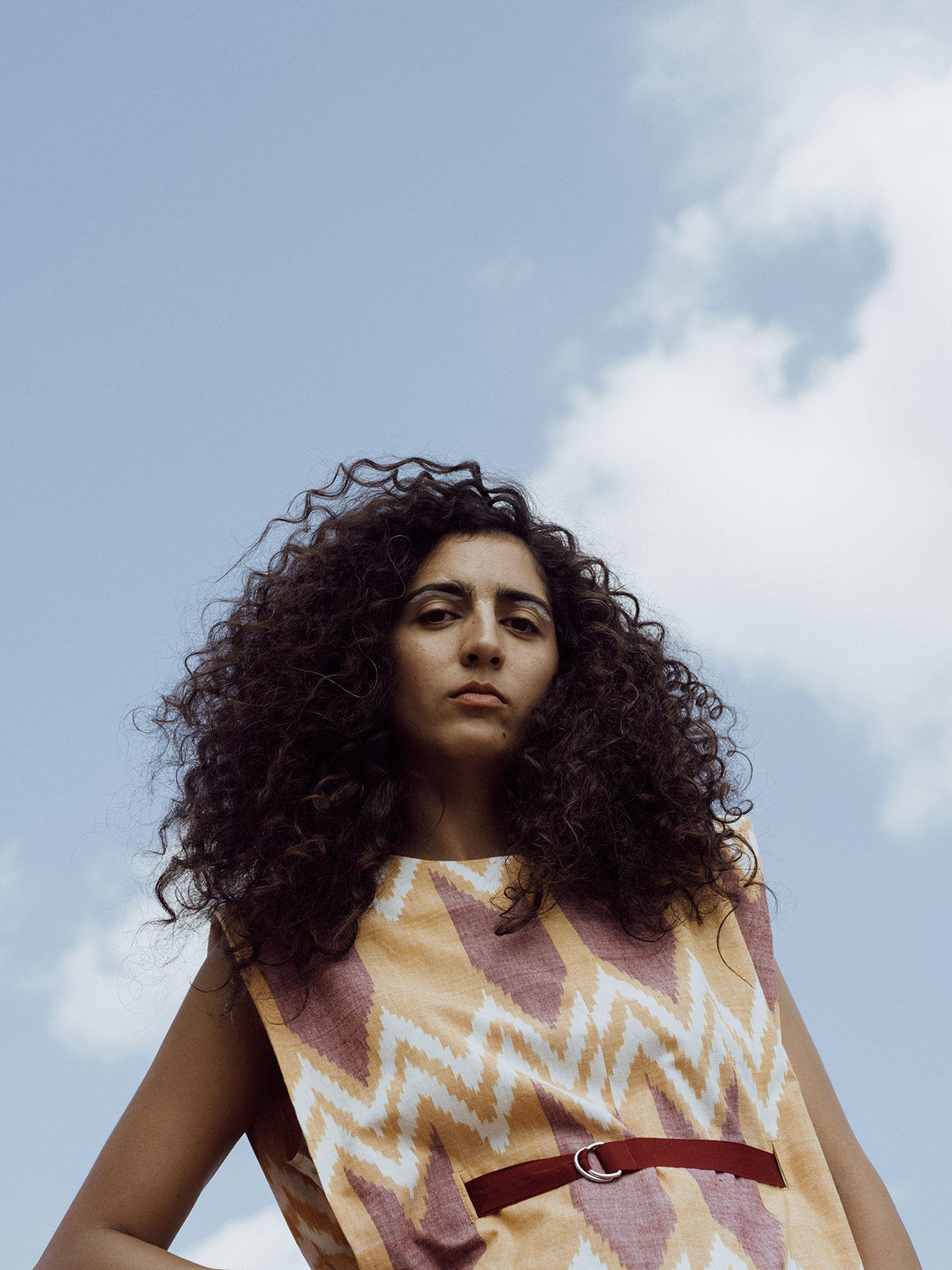 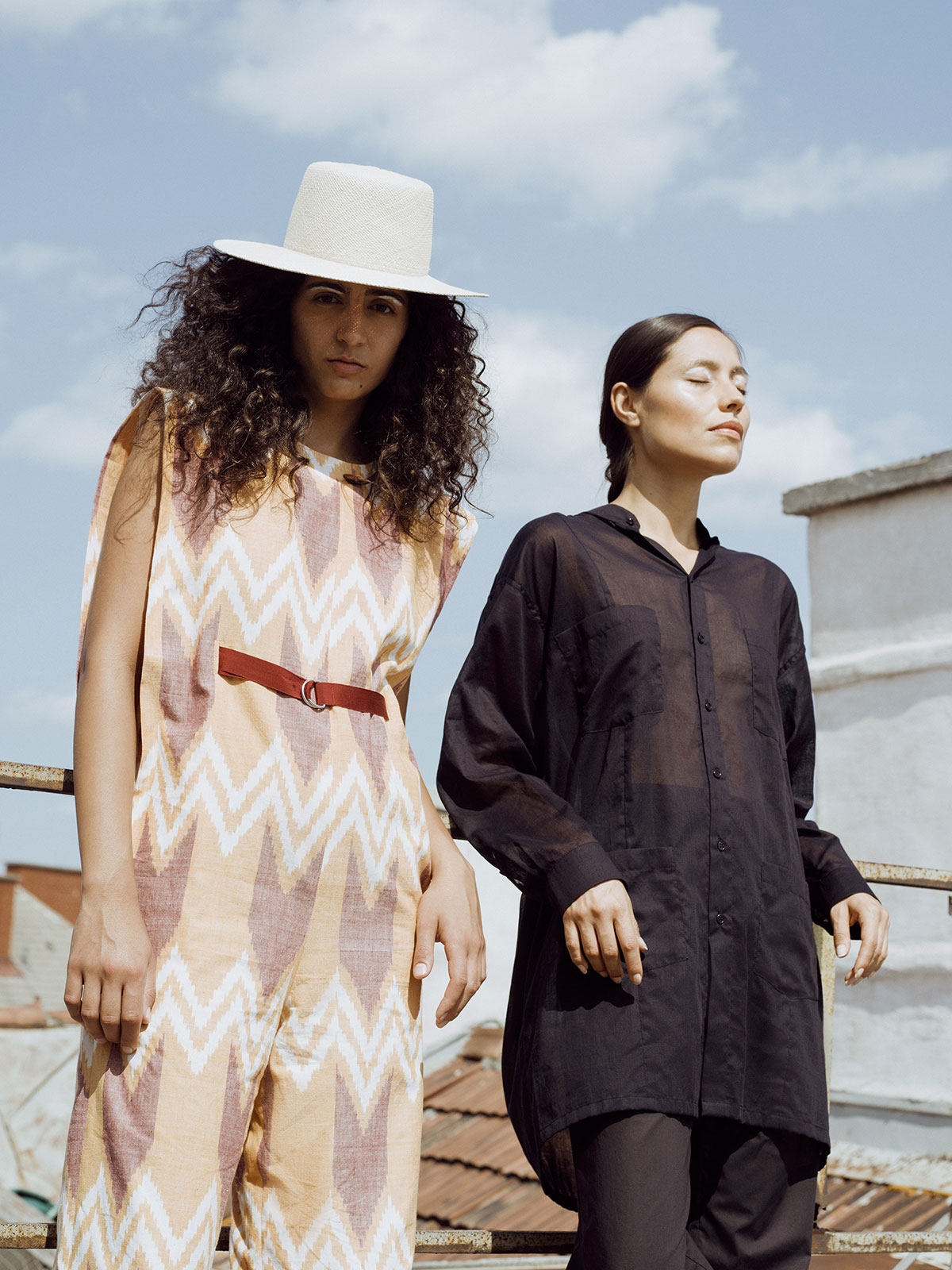 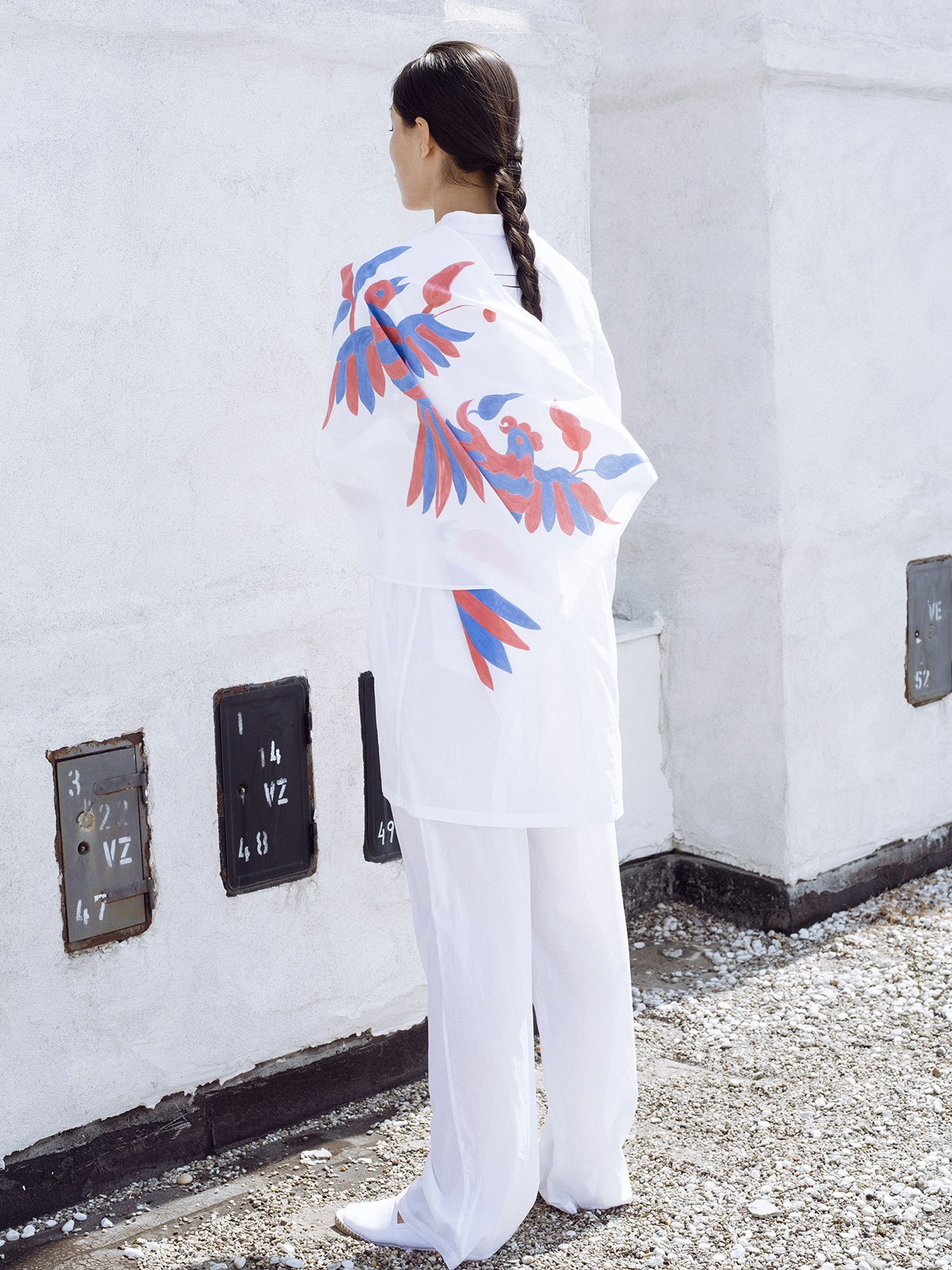 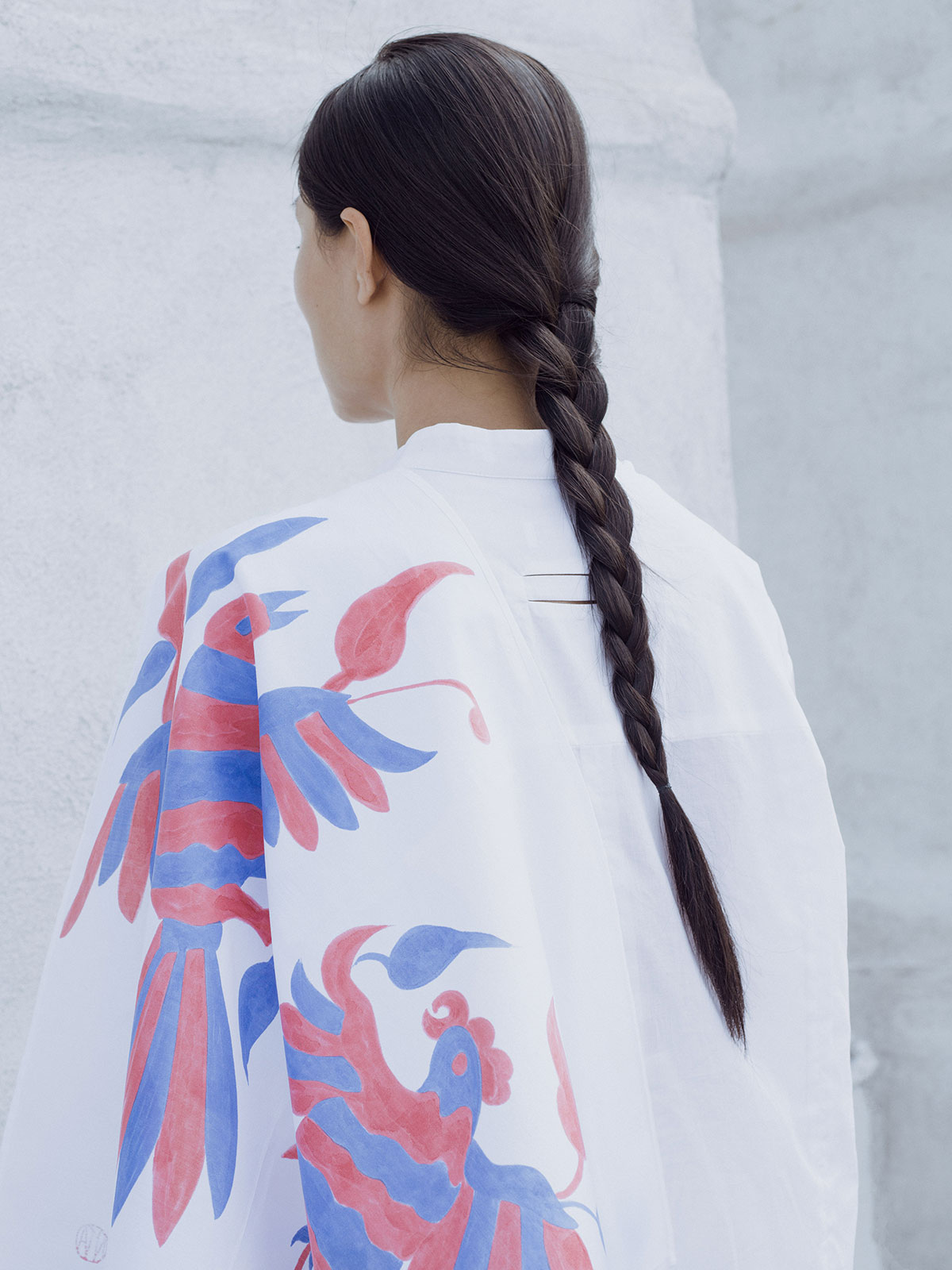 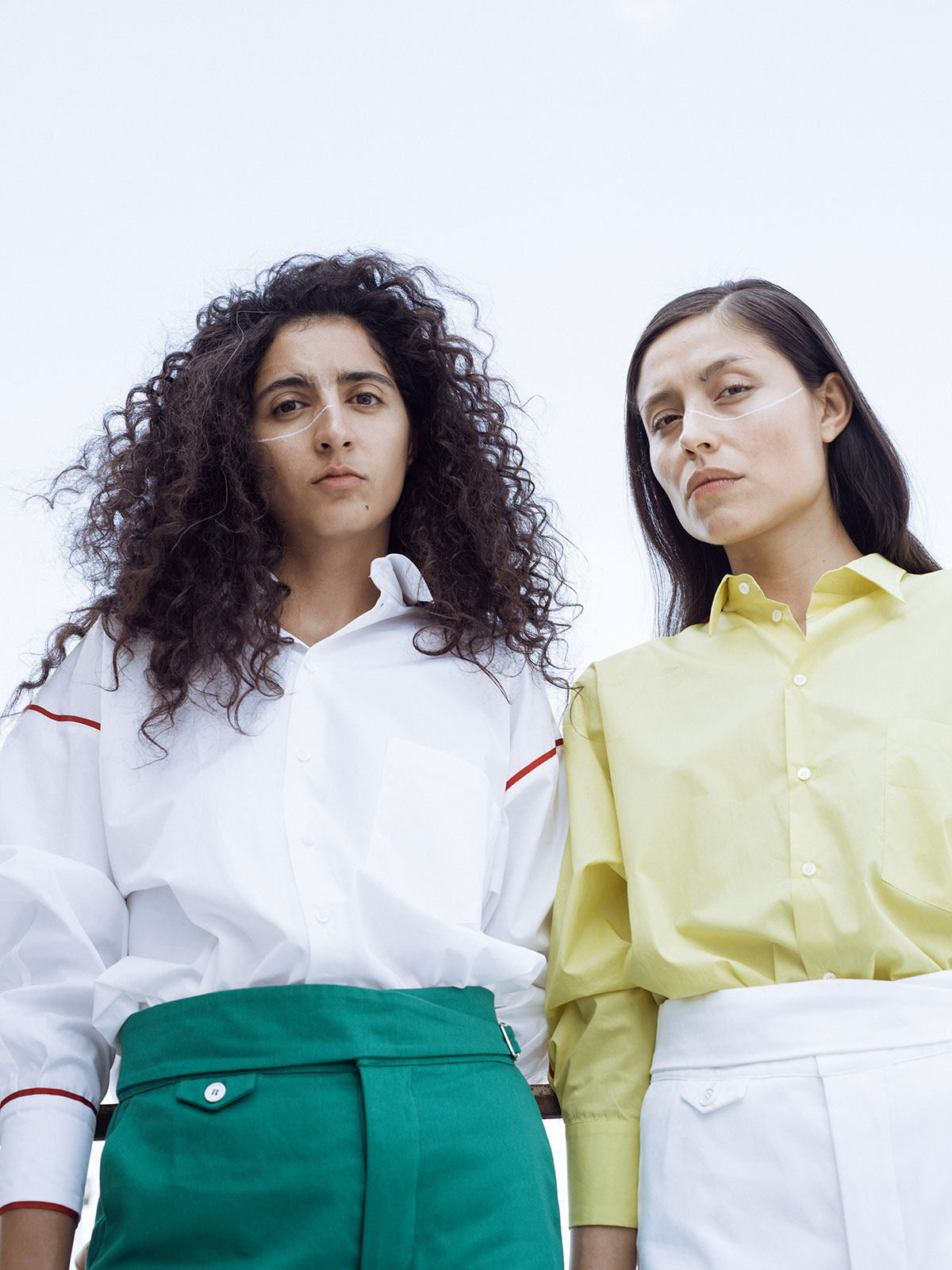 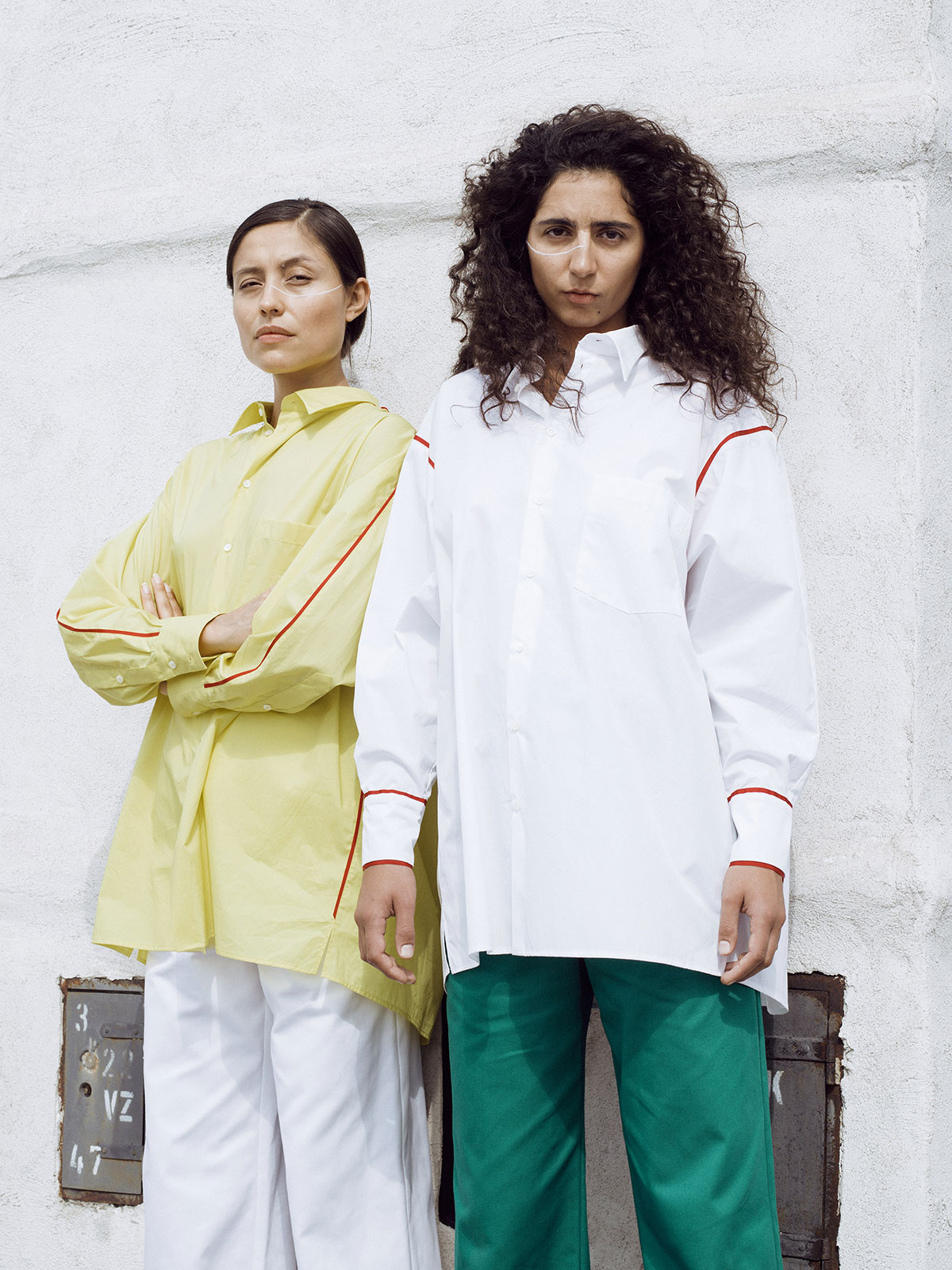 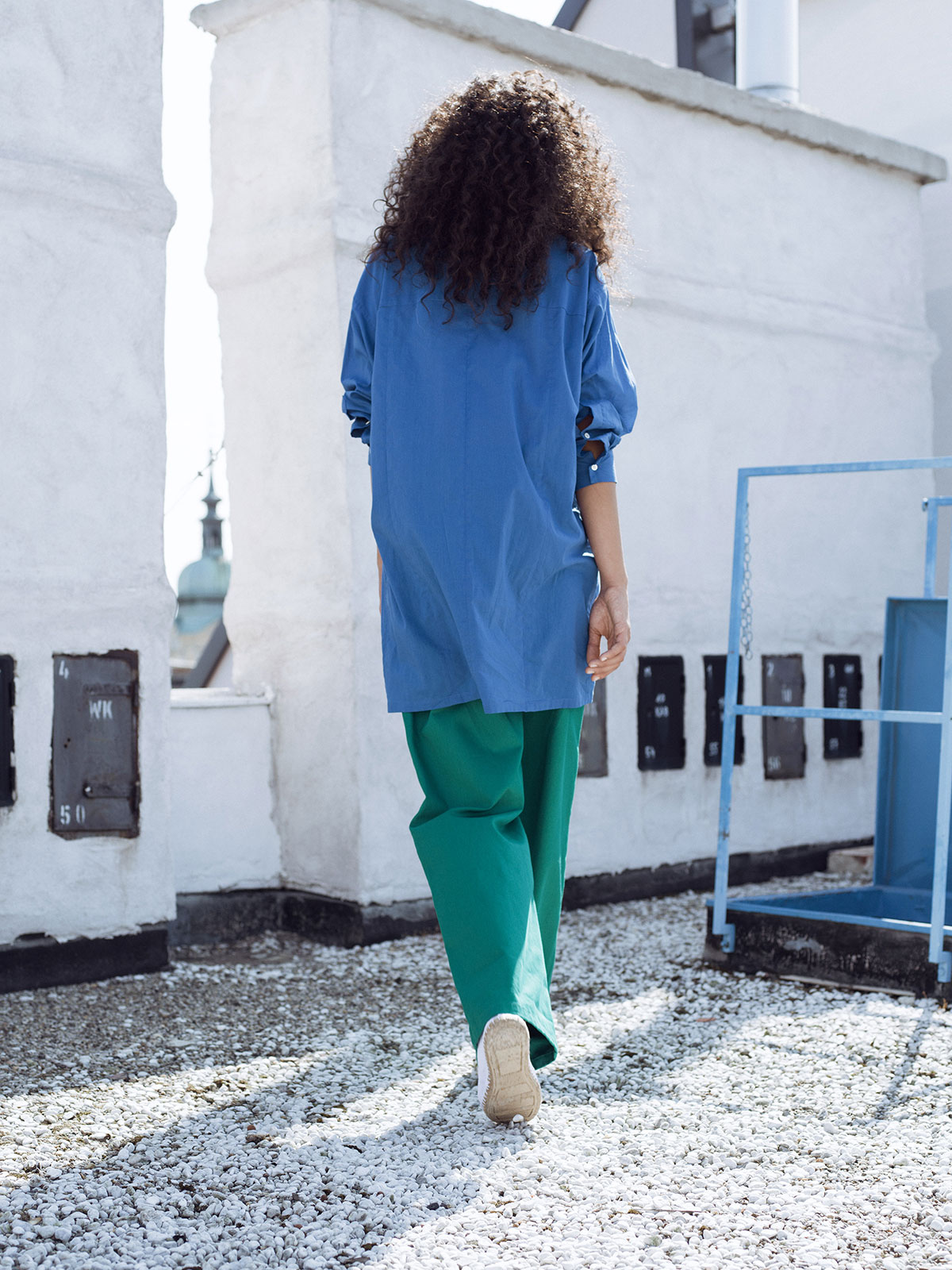 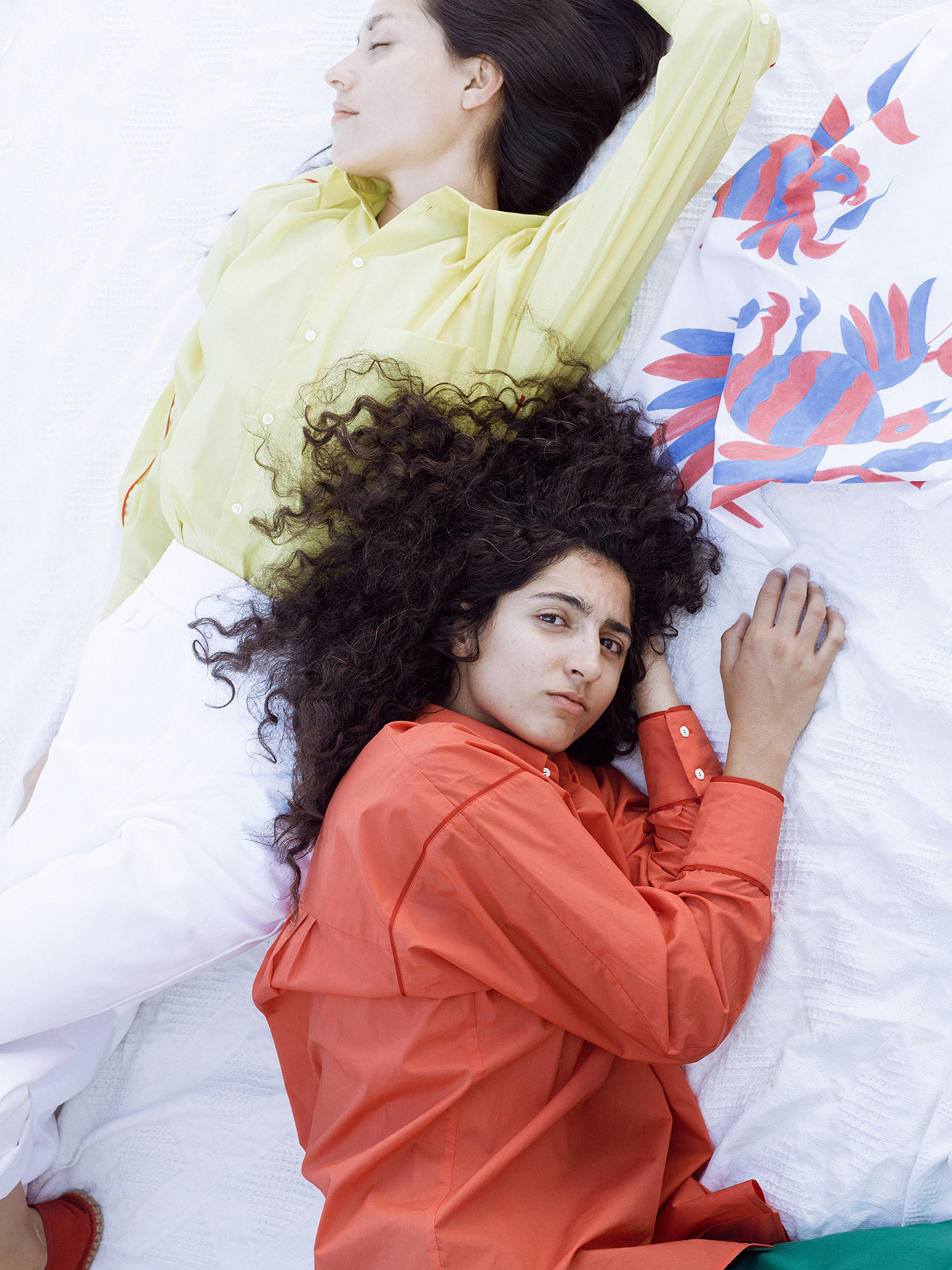 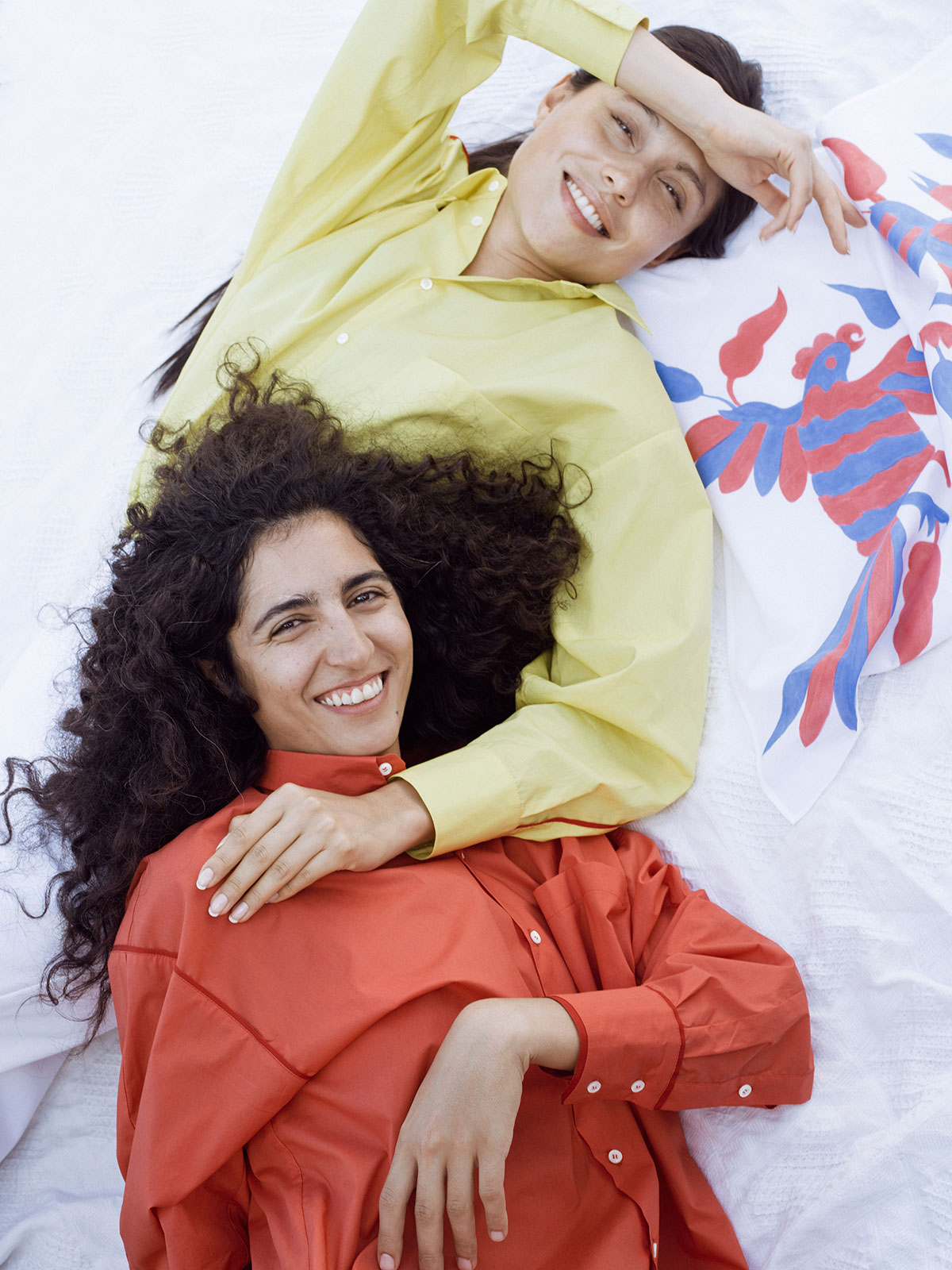 The Bird
In transparent silence day was resting:
the transparency of space was silence’s transparency.
Motionless light of the sky was soothing the growth of the grass.
Small things of earth, among the stones, under identical light, were stones Time sated itself in the minute.
And in an absorbed stillness noonday consumed itself.
And a bird sang, slender arrow.
The sky shivered a wounded silver breast, the leaves moved, and grass awoke.
And I knew that death was an arrow let fly from an unknown hand and in the flicker of an eye we die.

The NoC (Natures of Conflict) 2019 spring and summer collection brings up memories and nostalgia of a Mexican summer.

What strikes our eyes first are the hand painted birds which are inspired by traditional embroidery of the Otomi tribe. Their wings, comforting and colourful, spread as they carry themselves through a sky of cotton and silk.

As often recognised in Mexican literature and equally shown in the poem above by Ocatvio Paz, birds tend to play a reoccurring motive. This could be interpreted as being due to an ancient longing felt by the Mexicans towards a freedom mirrored by these birds which know how to fly without any restraint across any celestial sphere. These feathered creatures earn their respect through independence with their beak always pointed upwards.

Ranging from the Mexican plateau through the gulf of Mexico to the south of the Yucatan Peninsula, a variety of different climates, dryness, humidity and tropical, all emerge within one country. This multiplicity of atmospheric conditions consequently has had an influence on the native’s choice of clothing. They wear a special kind of shirt, quite simple and light in weight, made out of cotton, linen, or sometimes silk with pleats on the front and back which is known by the name of Guayabera. Not only does it protect the skin from the hot sun during a day, dry air and moisture, it’s also slipped on for formal occasions.

In this old photograph I am holding in my hand, local people, Seri, are wearing their colorful shirts and skirts, during a gathering of the village. There might be the Songs of a Ranchera flowing behind them. Even though I can’t hear it, my feeling tells me the music would affect me in both a happy but at the same time melancholic way. In other words, cheerful but filled with a subtle bit of sorrow coming from an unconscious knowledge of the constant presence of an arrow pointed at you, only waiting to be released.

The decisions made around the collection by NoC this season were thoughtfully processed and quite brave, especially the choice of colours. They can be representations of the warm sunbeams during peak summer time which in form of a shirt, allow to be worn.
And when at any point the gap between your own body and the fabric of the shirt fills with a cool breeze, then you will know for a brief moment, the sensation of flying like birds.